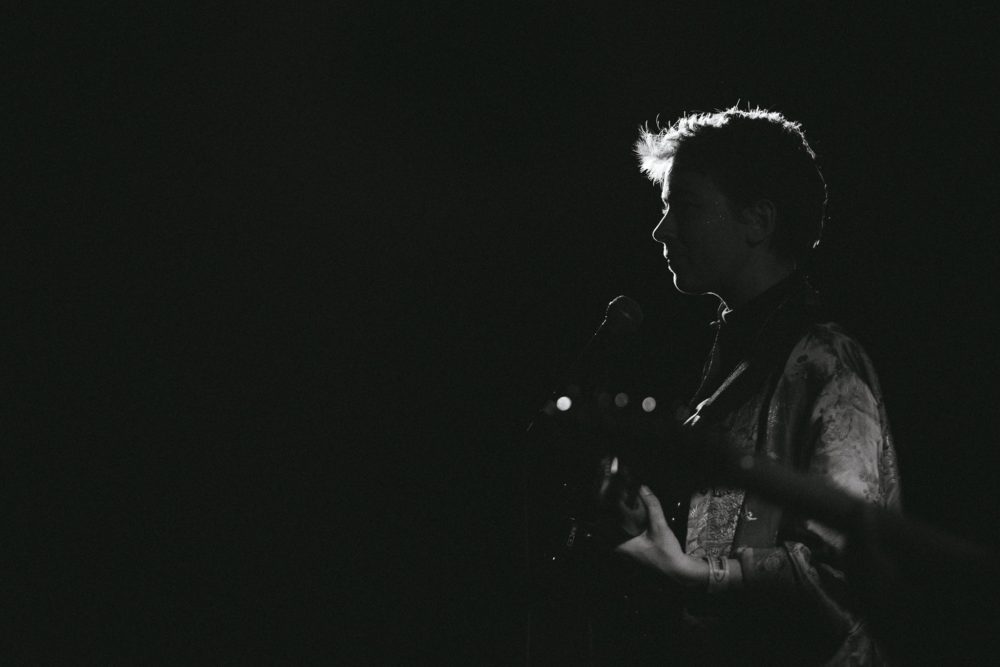 ABSTRACT SADNESS TO MAKE YOU SWAY - INDIE-ROCK FROM NEW ENGLAND

Lina Tullgren is from Southern Maine just over the border of the northernmost seacoast of New Hampshire. It’s an unexpected location for artistic incubation, but osmosis is bound to occur when you grow up surrounded by family, friends, and weirdos interacting at all times with their own interpretations of creative output. Shifting in trainings and traditions, the 23 year old eventually found herself a voice with the electric guitar, uniquely flavored and shaped from the many years of fiddle lessons and classical technique. The shifts in genre and instrumentation are stark, but important for her growth as a songwriter. Lina’s morphing interaction with music has mirrored a growing determination to harness her ability to melodically and lyrically express complex emotions – a rare gift at such a young age.